It was a cold December morning in Chicago when the call came. Elizabeth “Betty” Triano, her husband, Gene, and their daughter, Joan, were waiting for their breakfast.

When Betty answered her phone, it was Elise, the eldest of their five daughters, “Mom, the doctors tell me I have two weeks.” Betty responded, “We’ll get the next plane out.”

Elise had been fighting breast cancer for five years. That December, she was admitted to the emergency room, her lungs compromised and in desperate need of oxygen.

Karen, Elise’s sister, stayed with Elise throughout the long night and accompanied her home from the hospital the next morning. It was Karen who later broke the devastating news to her mom. Betty and Gene’s daughter had much less than two weeks. Elise was dying.

The Trianos flew home to New Cumberland but a snow storm prevented them from driving, so they took a train to Parkesburg, where Elise lived with her husband and daughters. At the train station they were met by the priest who had been called to give Elise last rites. “She’s waiting for you,” Joan recalled the priest saying.

Gene dropped to his knees.

Meanwhile back in Hummelstown, the youngest Triano sister, Diane, was making spaghetti, simply trying to keep everything normal for the sake of her kids and Karen’s daughter, who was staying over while her mom was with Elise.

After being released from the hospital and back home again in Parkesburg, Elise was huddled in the bedroom with her husband and daughters, Karen remembers. Elise was explaining her prognosis to her girls.

Elise had waited to tell her children, thinking she had a lot more time. “I wasn’t going in there,” Karen recalls. “That was her nuclear family that she needed to have that discussion with.” So, Karen waited and paced outside the bedroom door.

Then Karen heard Elise’s eldest daughter let out a wail.

When Elise’s parents  finally made it to her bedside, they learned hospice had never arrived. Betty didn’t know if her daughter knew they were there. Elise opened her eyes, but didn’t respond.

With the storm still raging outside, it was Dr. Gene Triano, loving father and radiologist by profession, who pronounced his daughter dead and signed her death certificate. 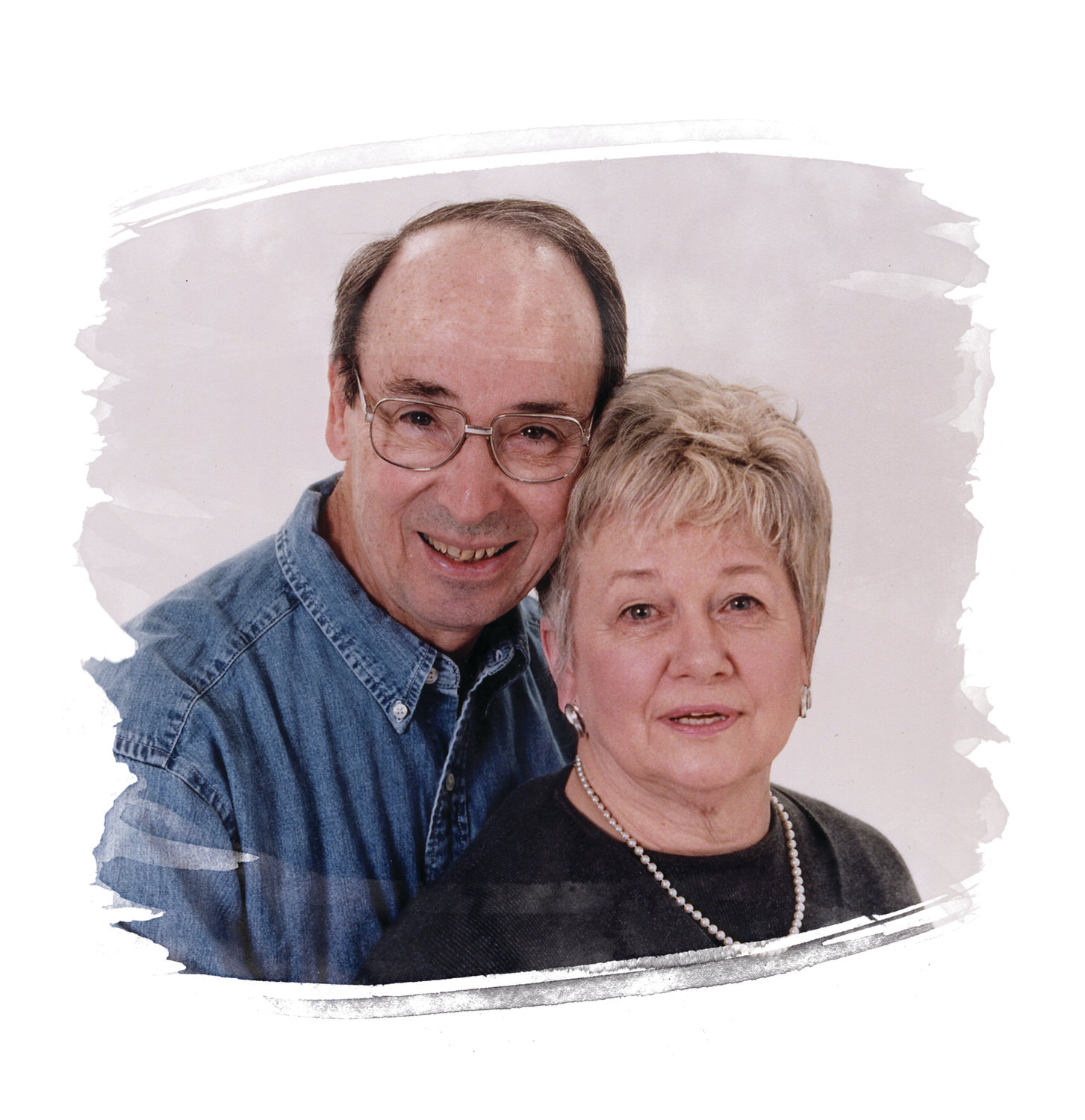 Elise, Gene and Betty’s first child, was born exactly 10 months and 2 days after the couple married in 1955. The two met at Geisinger Medical Center in Danville. He was doing his radiology residency. She was a nurse.

After Gene finished his residency, the couple moved to Harrisburg where Gene joined A.Z. Ritzman Associates and worked at the Polyclinic and Harrisburg hospitals.

Her father was beloved, Diane said, and he treated everyone, whether it was the president of the hospital or the custodian, the same.

Gene had a clause in his contract that he had to retire at a certain age. It was during his retirement that two of his daughters, Elise and Nancy, were diagnosed with cancer but that didn’t stop him from weighing in on their care.

When Nancy was diagnosed, Gene was on the phone with doctors, trying to get the latest research. Not long after, he was asked to come back to work. “It was like somebody gave him the biggest present of his life,” Betty said. 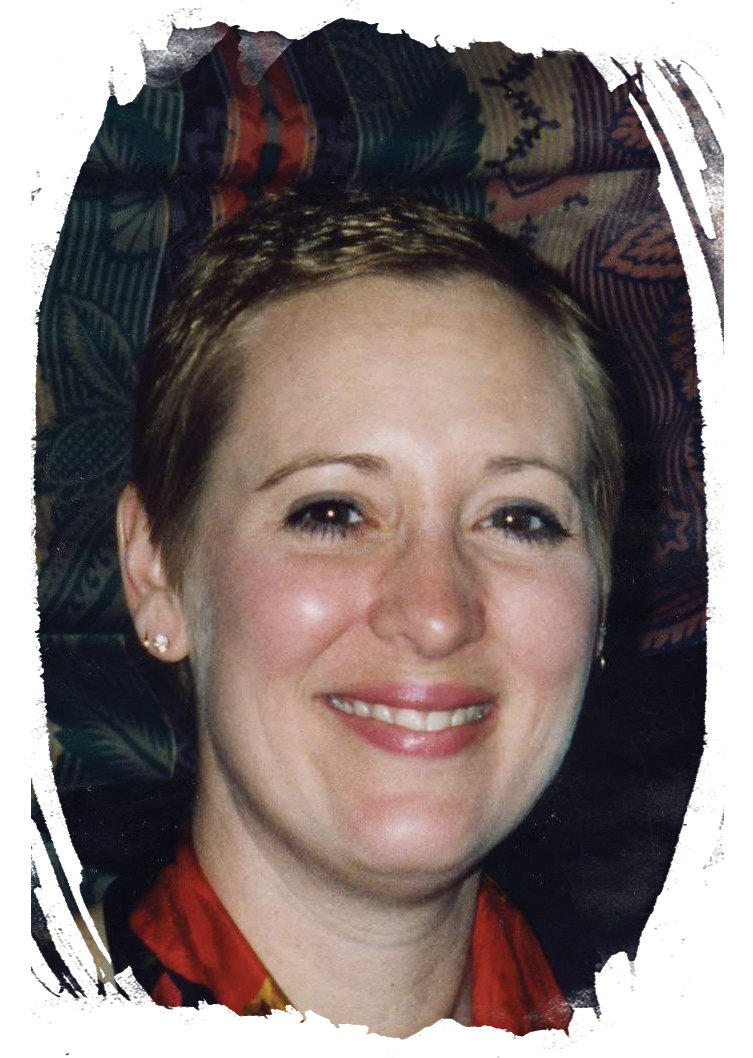 It was during a holiday lunch in 1996 that Nancy confided to her mother she had passed blood rectally. Betty responded like every mother: She told her daughter to call her doctor immediately.

Doctors found and removed a small tumor. They were comfortable that they got all of the cancerous cells, and Nancy started chemotherapy and radiation.

Everything looked positive during the check-ups, but about a year later, Nancy was sitting at her desk and felt a lump on her lymph node. It was the same type of cancer again, but this time doctors told her it had spread.

“Ninety-five percent of the time, she was very pragmatic. And she was, ‘I’m going to fight this. And fight it, and fight it. And I’m going to beat it,’” Joan recalled.

And Nancy never lost her sense of humor. Karen remembered a time when she was driving Nancy home from her treatment. Nancy decided she wanted a hamburger so Karen had to turn around in a parking lot, but didn’t realize she had pulled into a funeral home. Nancy said, “You’re not going to leave me here, are you?”

Nancy was 39 years old when she died in 1999, living three years after her diagnosis. It was on Karen’s birthday. 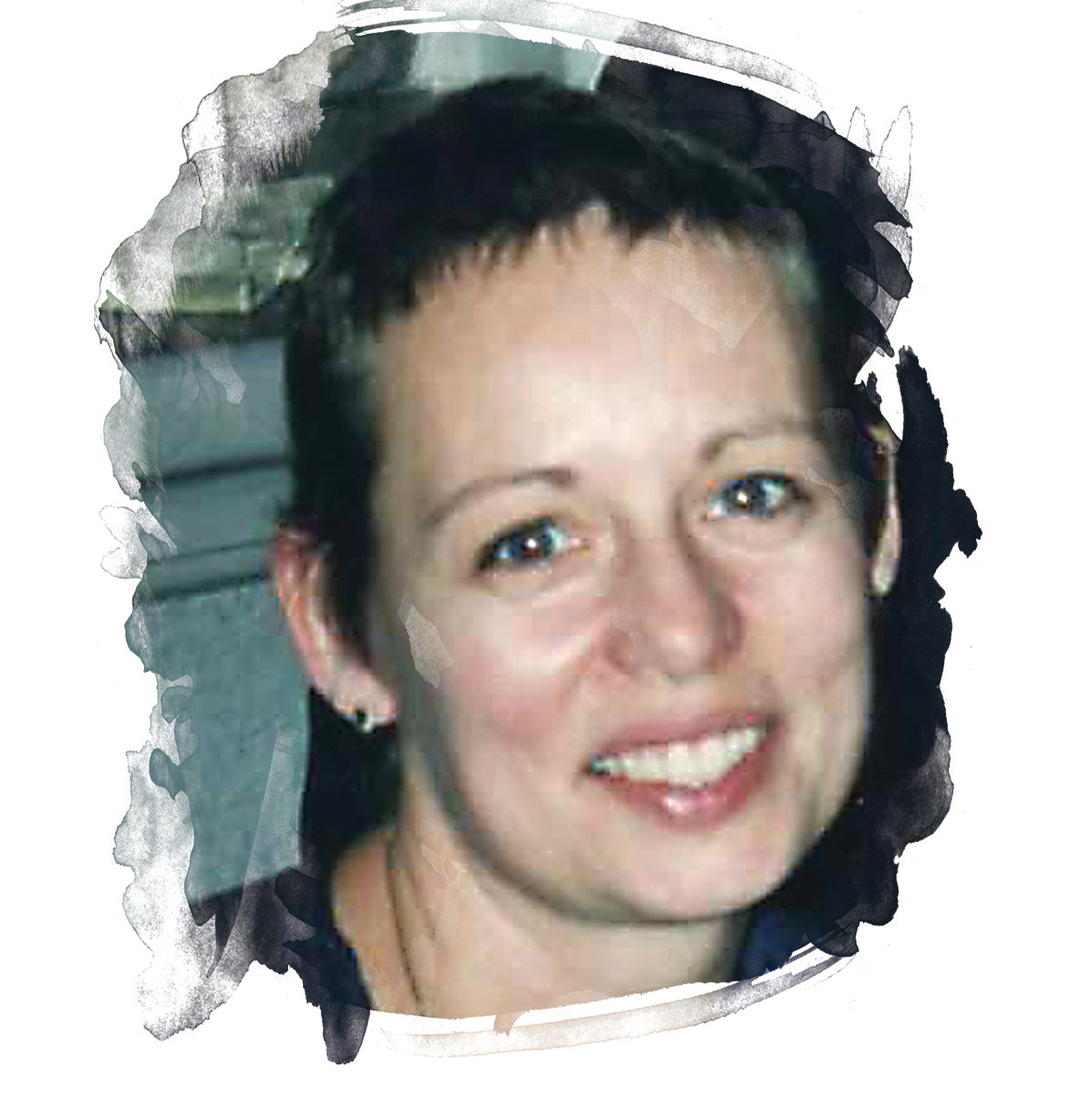 At the time, Elise was a professor of biology at West Chester University where she was in charge of the pre-med program and studied breast cancer. She was pregnant with her second daughter and because of her pregnancy hadn’t had a mammogram that year.

About 5 months into her pregnancy, Elise felt a lump on her breast. Doctors found a “splatter” of cancer. It was stage IV breast cancer.

Doctors wanted to deliver her baby and start chemotherapy immediately, but Elise declined, wanting to give her daughter more time to develop in utero. But that didn’t stop Elise from getting a mastectomy while she was pregnant.

After delivering a healthy daughter, Elise tried everything, including a stem cell transplant. All the while she kept teaching. “It was not pretty for the next five years,” Diane said.

Despite her best efforts and the efforts of her medical team, her cancer had spread everywhere — her lungs and brain.

“I don’t think had they started chemo any time before, it wasn’t going to make any difference. I think the die was already cast,” Betty acknowledged.

To make matters worse, in 2003, months after Elise passed away, Gene, who had been diagnosed with multiple sclerosis, went for a routine blood test. Doctors thought at first his test results indicated he had leukemia. He was later diagnosed with myelofibrosis, a type of bone marrow cancer.

Diane recalls her dad saying, “Oh, honey, don’t you feel sorry for your mother and I. It was like Camelot for us with you girls.”

Diane thought to herself, “My God, if he has the presence of mind or the fortitude to be able to say that to me. To know that he still felt so blessed in the face of certain loss.”

Diane often thinks of her dad’s words and finds comfort. “I’m still crying. It’s easier, but the losses are profound.”

The Trianos lost three family members in a span of five years and dealt with illness for even longer.

Betty was diagnosed with breast cancer in 2012, though it was different from Elise’s. Luckily, it never spread outside of her ducts and she’s in remission today.

The Trianos knew breast cancer ran in the family. Nine women on her father’s side, according to Diane’s calculations. Elise was never tested, but the sisters wondered, is the BRCA gene mutation in their family?

BRCA stands for breast cancer gene. According to Meagan Smith, Pinnacle Health genetic counseling program manager, everyone has BRCA genes, and it’s that gene’s job to stop cells from growing out of control and forming cancer.

Mutations of that gene, BRCA1 and BRCA2, are the two most common hereditary causes of breast and/or ovarian cancer. BRCA1 has a higher risk for ovarian and breast cancer, but there’s still a risk for male breast cancer, prostate and pancreatic cancer, and potentially melanoma. Many of the surviving Triano women were tested. Joan, Diane and one of Elise’s daughters were negative, but Karen and a cousin tested positive for the BRCA1 mutation. Their cousin has been diagnosed with breast cancer and is in the midst of treatment.

“The cousin who is diagnosed, you could just put Elise’s information right on top of hers. It’s the same breast. The same area. Everything is exactly the same,” Betty said. “It was like déjà vu.”

The type of cancer that the cousin and Elise were diagnosed with is non-estrogen receptive, triple negative breast cancer. Smith said it’s more common to see BRCA1 gene mutations in cases of triple negative breast cancer, though other genes can cause this type of cancer. But since it lacks receptors, treatments like hormone therapy and drugs that target estrogen, progesterone and HER-2 are ineffective, according to the National Breast Cancer Foundation.

But, according to Smith, having the BRCA1 gene mutation doesn’t automatically mean you’ll get cancer.

Karen sees her oncologist every six months and gets regular mammograms and MRIs in addition to exercising and eating healthy. Because she’s being monitored so closely, the hope is anything would be caught quickly.

The challenges within this one family are great, but their love for each other and their commitment to helping others remains greater.

When Gene passed, the family decided to do something in his memory. They started the Triano Fund, which supports PinnacleHealth’s Mammogram Voucher Program. The program helps provide uninsured people with mammograms and additional breast cancer screenings.

Funds have also been set up in Elise’s name at West Chester University, and in Nancy’s name at her undergraduate Muhlenberg College.

As Karen, Joan and Diane recounted stories of their childhood – of how Christmas was a big deal in their house, how Karen hated piano lessons, how Dad would drop calls when he tried to switch between the phone lines when he was on call – it was evident Betty and Gene nurtured their daughters’ healthy approach to life...and death.

Time alone does not heal. To be with people you find comforting and supporting, who allow you to be yourself, and work through grief is an important part of the process.

Donations to the fund can be made to Gene J. Triano MD Memorial Endowment Fund, Pinnacle Health Foundation, P.O. Box 8700, Harrisburg, PA 17105, or online here. Under designation select “other” and enter “Triano Fund.”

Time to check the pulse of your estate

If you use birth control