Friend to women’s liberation for over 100 years

“Riding the wheel, our own powers are revealed to us,” wrote Maria E. Ward in her 1896 how-to book, Bicycling for Ladies. Maria fell in love with the bicycle and the liberation it provided.

Before the bicycle came along, respectable women were expected to navigate on foot, in carriages, or on horseback, always supervised and with the utmost slowness and delicacy. How one traveled denoted one’s class; to be walking the streets alone was seen as a highly suspect activity.

Women gained a significant amount of independence with the invention of the bicycle. This humble device gave them freedom to travel outside the home, under their own power. Bicycle riding also necessitated more practical clothing for women and led to significant changes in female attire, sealing the fate of the restrictive corset and the evolution of more practical bloomers.

By the 1890s, America was totally obsessed with the bicycle. There were millions of bikes on the roads and a new culture built around the technology. People started "wheelmen" clubs and competed in races. They toured the country and demonstrated their latest tricks and stunts.

The craze was meaningful, especially, for women. Both Susan B. Anthony and Elizabeth Cady Stanton are credited with declaring that "woman is riding to suffrage on the bicycle," a line that was printed and reprinted in newspapers at the turn of the century. The bicycle took "old-fashioned, slow-going notions of the gentler sex," as The Courier (Nebraska) reported in 1895, and replaced them with "some new woman, mounted on her steed of steel." 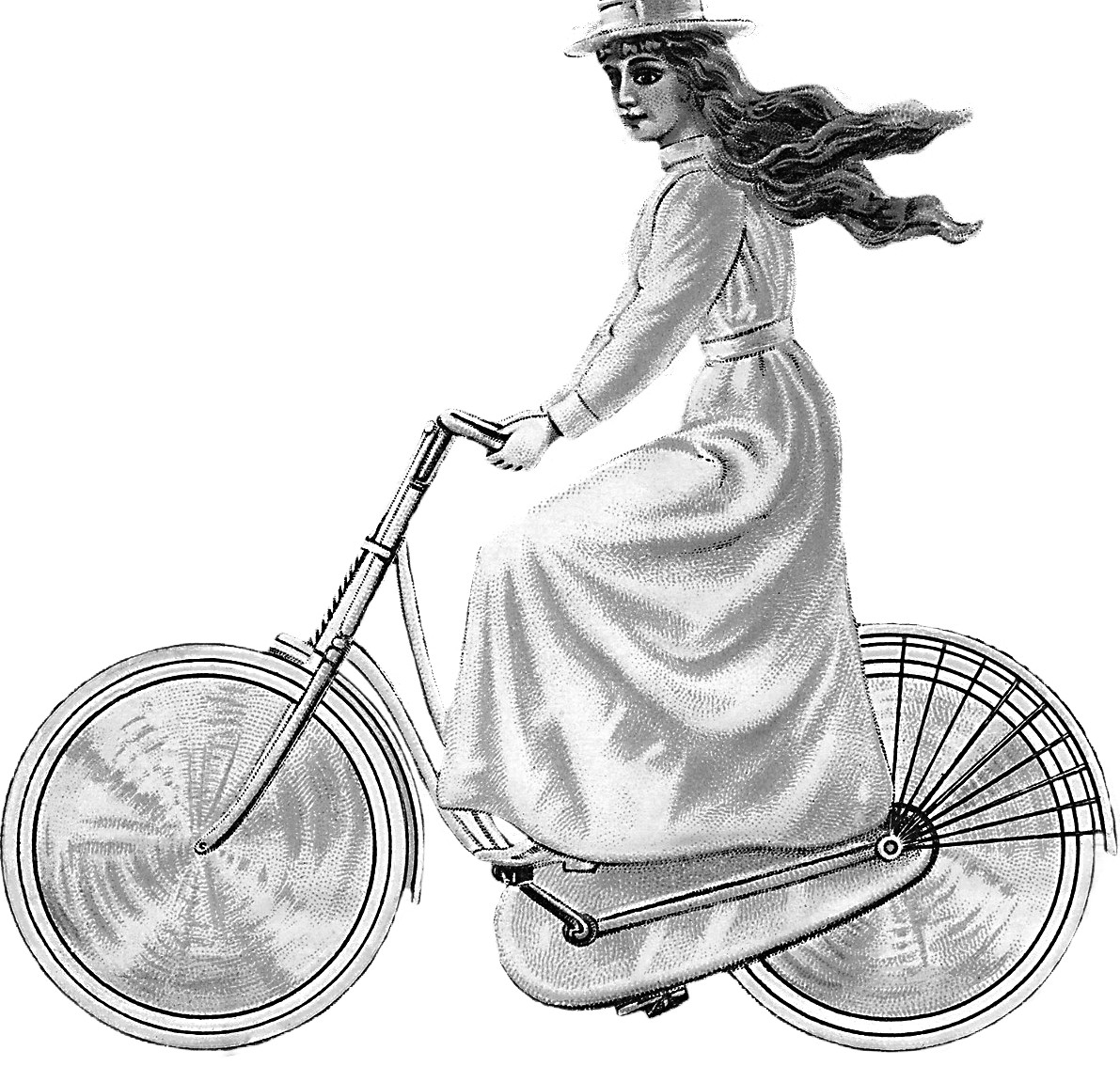 It also gave women a new level of independence that troubled the country’s general population. The fragility and sensitivity of the female organism was a common theme. The medical community warned bicycling “may suppress or render irregular and fearfully painful the menses, and perhaps sow the seeds for future ill health.”

Not everyone was convinced of the bicycle’s so-called threat to women’s bodies. In 1896, a writer for the Chicago Daily News scoffed at the concern from the medical community, saying, “When a woman wants to learn anything or do anything useful or even have any fun there is always someone to solemnly warn her that it is her duty to keep well. Meanwhile in many states she can work in factories 10 hours a day, she can stand behind counters in badly ventilated stores from 8 o’clock to 6, she can bend over the sewing machine for about 5 cents an hour and no one cares enough to protest. But when the same women, condemned to sedentary lives indoors, find a cheap and delightful way of getting the fresh air and exercise they need so sorely there is a great hue and cry about their physical welfare.’”

Others were less open minded. In 1891, a Sunday Herald writer said, “I think the most vicious thing I ever saw in all my life is a woman on a bicycle-and Washington is full of them. I had thought that cigarette smoking was the worst thing a woman could do, but I have changed my mind.”

Imagine what it must have felt like—in an age when American women were still decades from the right to vote and inundated with men’s opinions about their fragility—for a woman to go outside, hop on her bicycle, and ride wherever she wanted.

Consider these words from Munsey’s Magazine in 1896 which sums it up very well: “To men, the bicycle, in the beginning, was merely a new toy, another machine added to the long list of devices they knew in their work and play. To women, it was a steed upon which they rode into a new world.”

Foster Parents Provide A Safe Home for Children In Need

Don't be too quick to judge Generation Z

Where to begin with continuing care